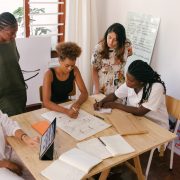 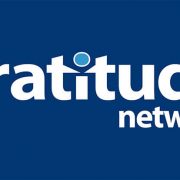 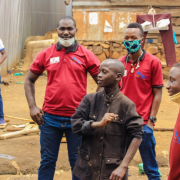 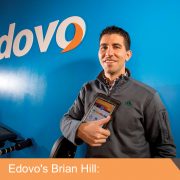 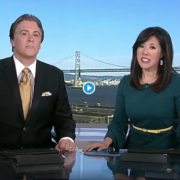 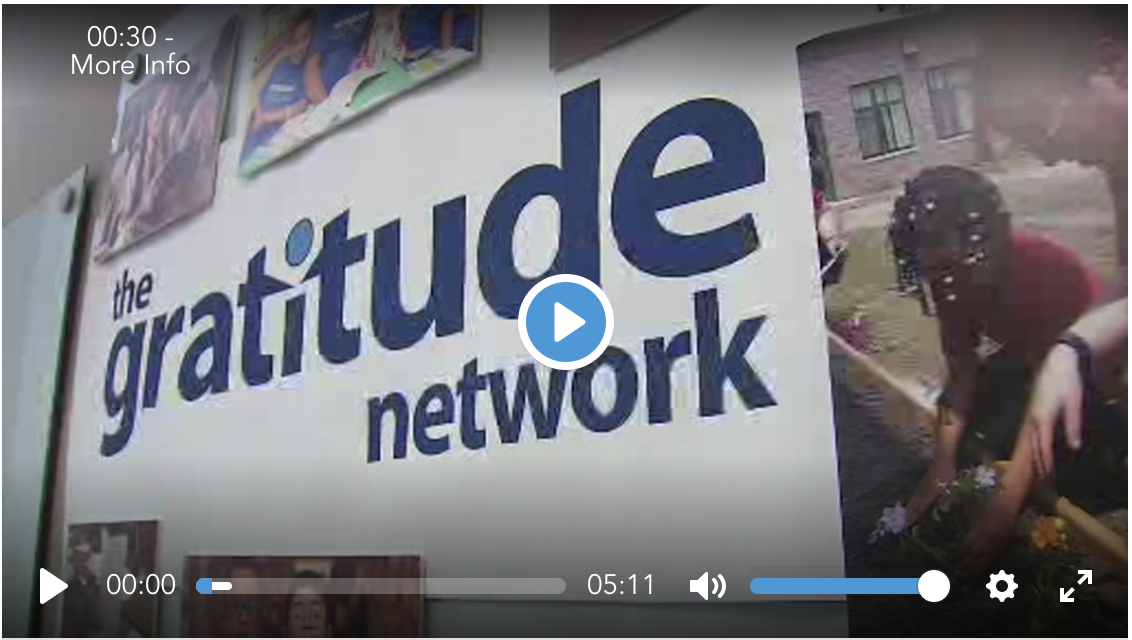 Randy Haykin likes to dream big, but he also puts his dreams into action through his charitable foundation called The Gratitude Network, which helps children locally and globally.

The goal for the next five years for The Gratitude Network is to impact 50 million underprivileged children around the world.

He’s formed a trifecta of goodness.

He’s applying the lessons he learned as an entrepreneur, to engage other successful Fellows, to “mentor” Fellows involved in social change.

“We search for the most innovative, the most passionate, social Fellows, the ones focused on children, education and youth tend to be really passionate,” said Haykin.

Here’s how it works:

First, programs like the freedom story are carefully selected out of hundreds of applicants in an annual, international contest. The freedom story is working in Thailand, using education and tutoring to help at risk children avoid being sold into sexual slavery.

Then, the Fellows begin their intense partnership.

“We give them a yearlong program which includes coaching, mentoring, leadership development, becoming more operationally efficient, so they can grow and we remove the barriers to the growth,” Haykin said.

Chuck Fisher is benefiting from the Gratitude Network partnership. He’s the executive director of a program called “toolbox by dovetail learning” in Sonoma County.

It’s a program with 12 colorful visual tools to help kids learn to manage their emotions, their social interactions and their success in school.

He says children are able to listen and learn more easily, when they can calm themselves with the toolbox skills.

“And when the kids start listening with their heart, they understand their friends better, they understand each other and they understand themselves better,” Fisher said. “We’ve been asked for this work from over 35 countries. People have found us on the internet and said we need your work in our country. And, we’re just this little non-profit learning how to scale.”

That’s where The Gratitude Network is making a difference.

Chuck’s coach, Renee Cooper, lives on the east coast. So, some of her mentoring is done by Skype. And, it’s already having an impact on the future of the toolbox project.

“Our plan is to take this to children everywhere. The scaling of that and the funding of that is really the key piece,” Fisher said.

Gratitude’s founder has big plans to help with funding. Randy is creating a data base of angel investors who are willing to take a call from gratitude social change makers, looking for financial resources.

“So, that winery is 100 percent philanthropic,” Haykin said. “The wine becomes a great excuse for getting couples and individuals and even companies together. It’s a win-win for everyone.”

The Gratitude Network is holding its annual fundraiser November 5 in Redwood City. Click here to learn more about the charity’s work. 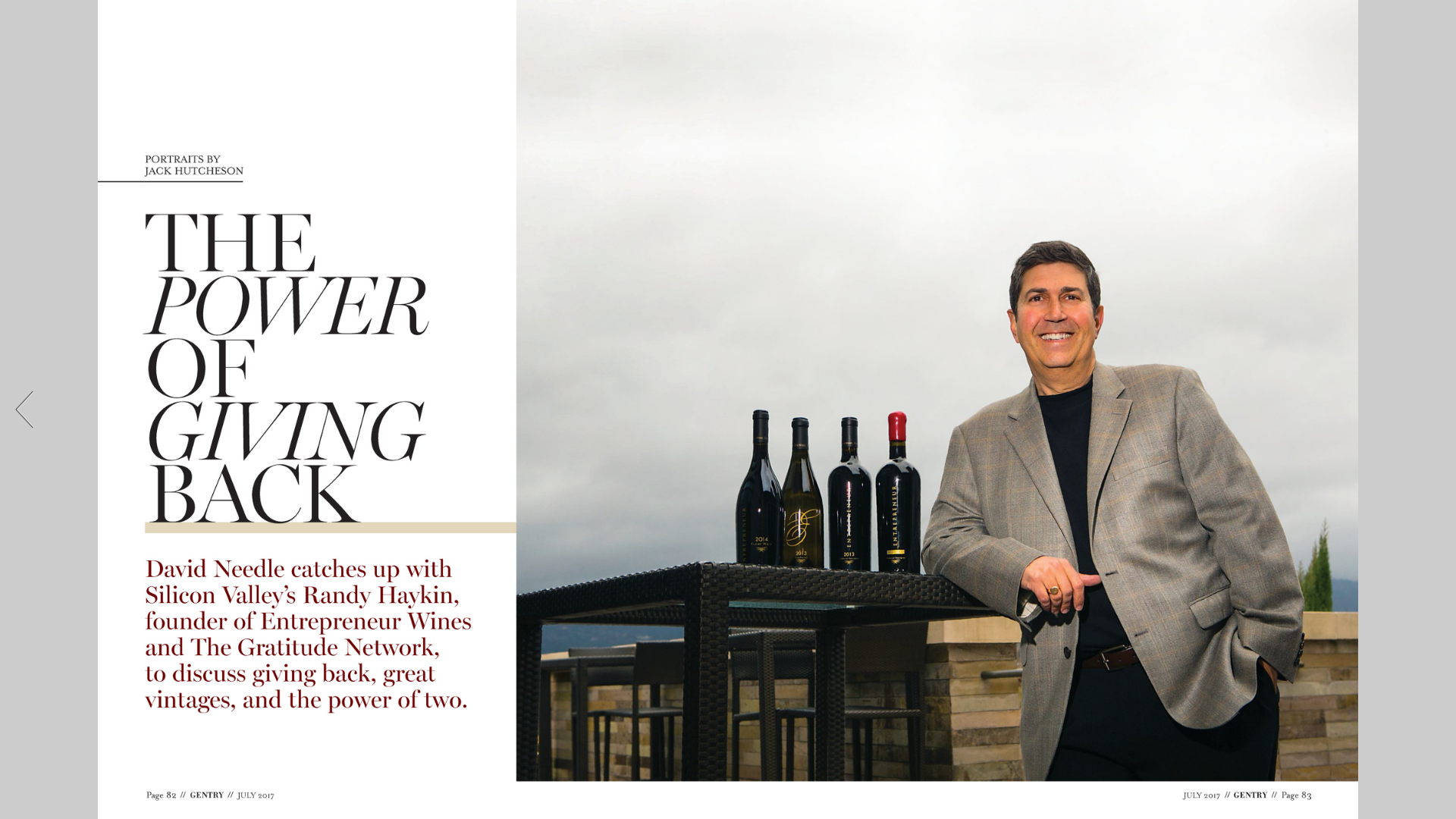 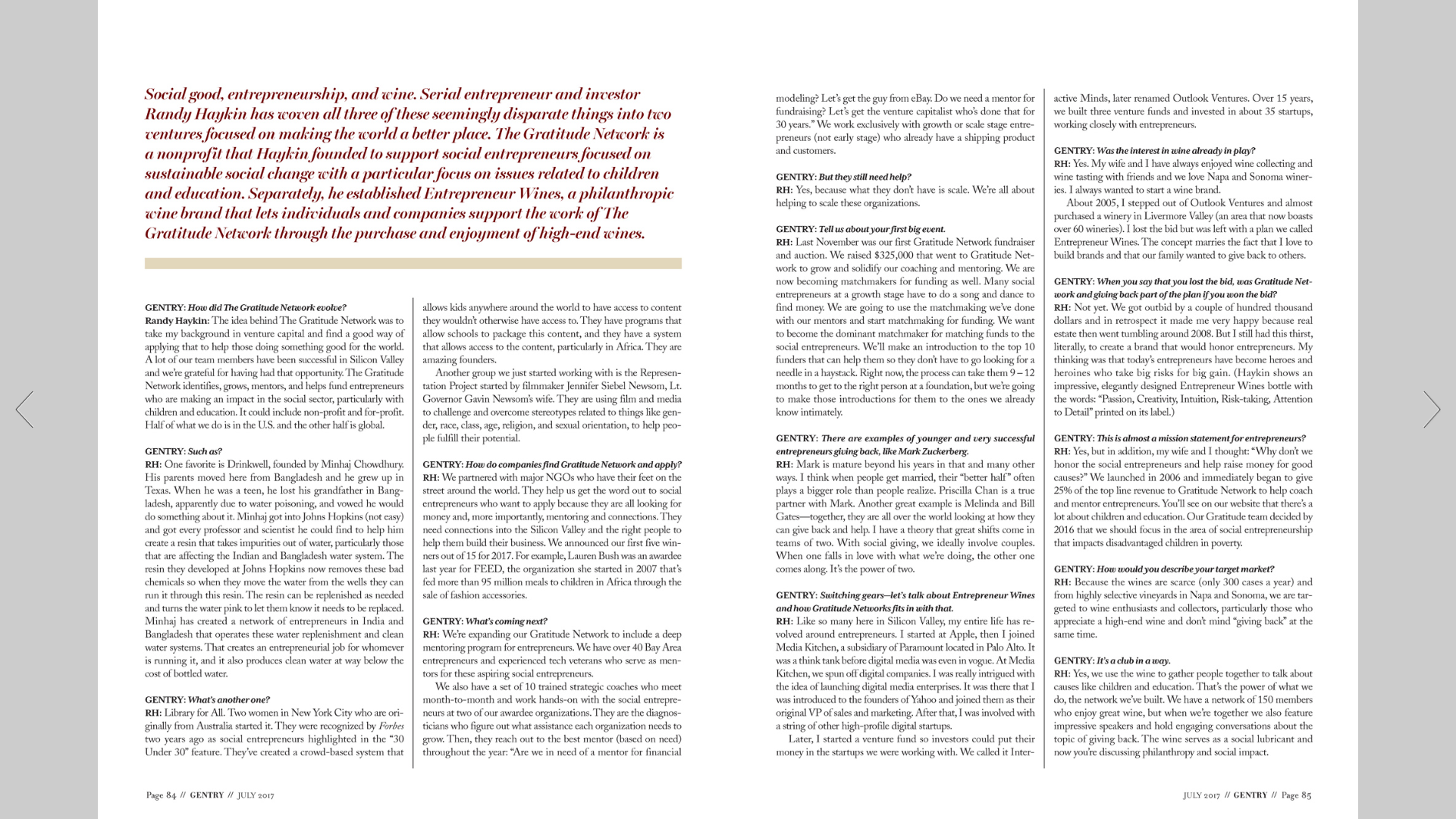 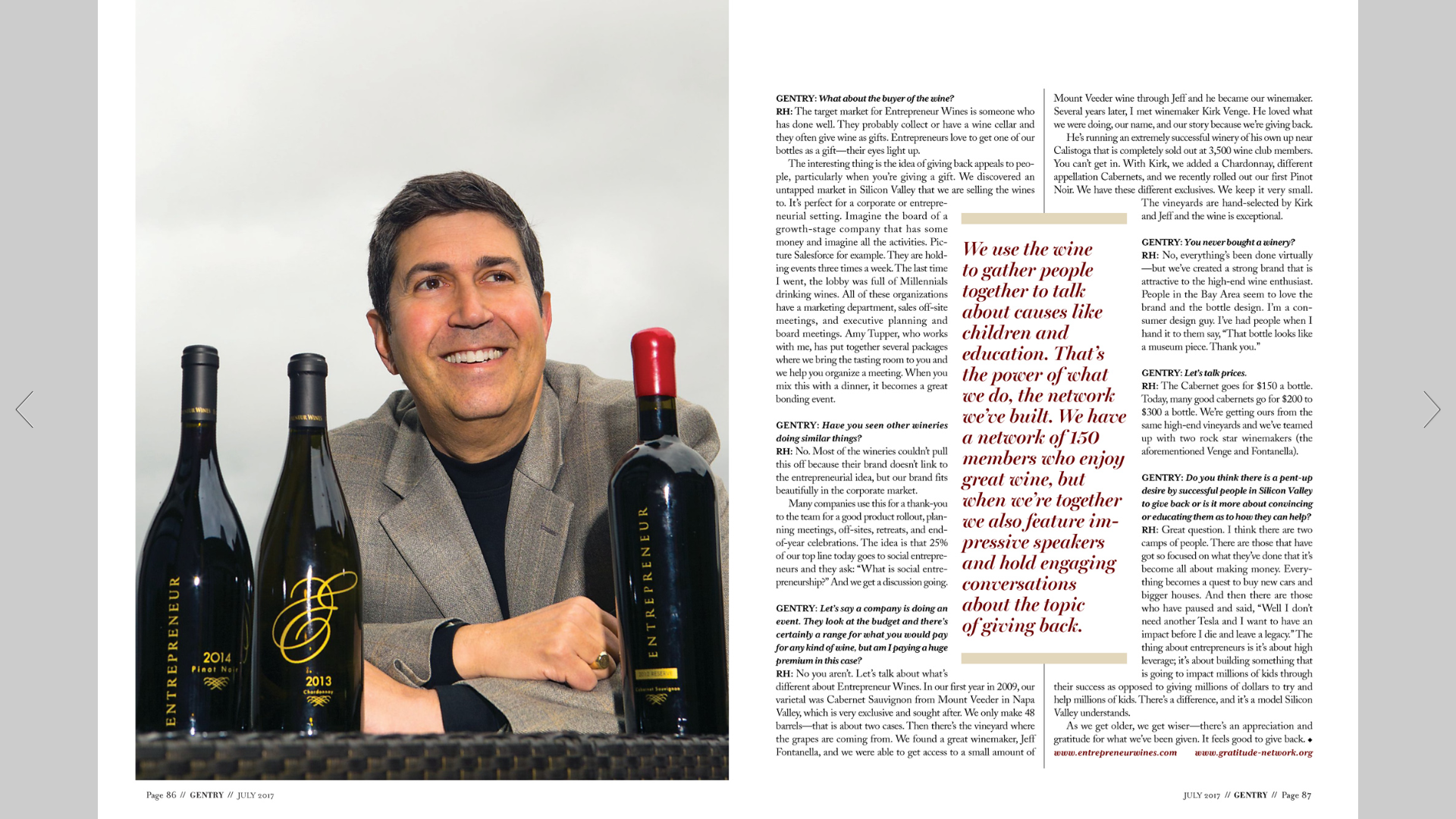