Join the Oakland Raiders and their fans for the end of an era! Be at the last home game EVER played in Oakland. The Raiders played at the Coliseum from 1966-81 returning in 1995. Now 25 years later they are leaving for Las Vegas.

Donors: Scott McKibben, Made To Order, Rex and Jean Shoemake 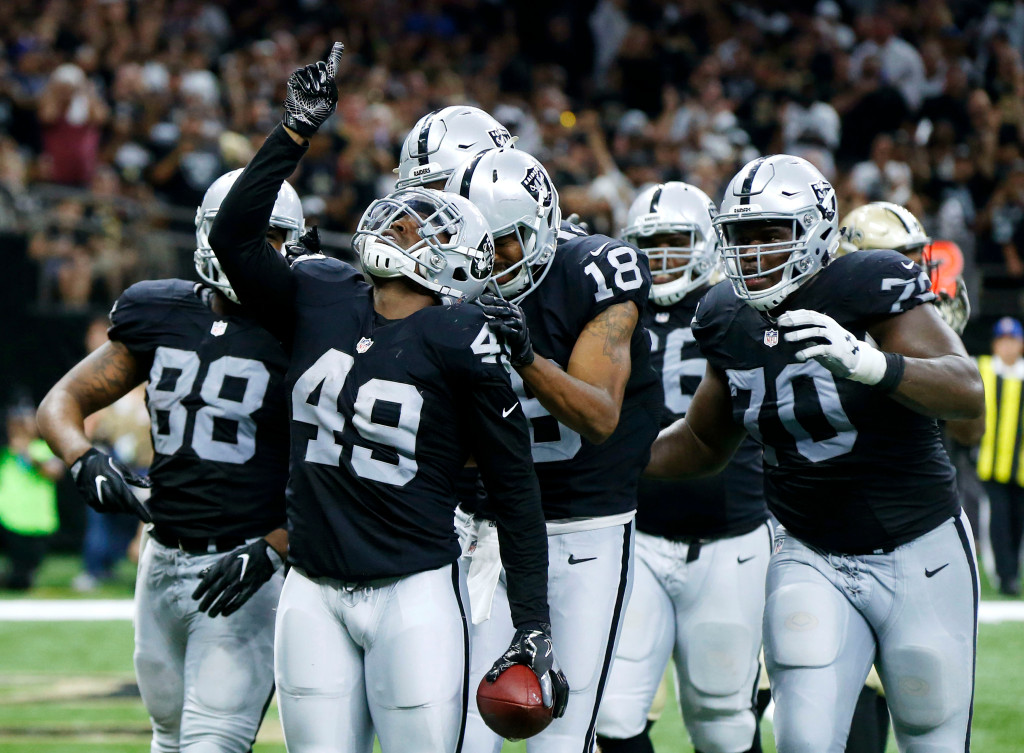